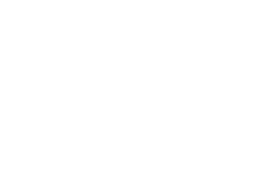 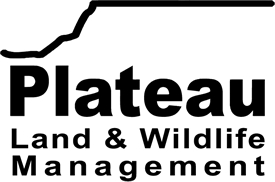 Small-acreage wildlife management is becoming more common every day, especially with the rapidly growing nature of the Texas population, which is expected to reach 45 million by the year 2050. As more and more people move to this great state, the negative impacts of habitat fragmentation become a harrowing reality.

From major housing developments to ranchette-style properties, Texas lands are being steadily carved up, resulting in a loss of contiguous wildlife habitat. Texas property owners can take steps to manage their land, big or small, to counter the effects of habitat fragmentation for the benefit of all wildlife. The cumulative effect of many small-acreage landowners managing for habitat can result in substantial acreages improved for wildlife use.

Historically, large herds of buffalo grazed Texas, roaming freely throughout the state unimpeded by fences or large cities. As westward expansion began, many travelers placed their stake in Texas and started a new life for their families. Livestock became the biggest commodity of the day. Privately owned cattle operations, with their requisite fences and structures, gradually broke up formerly open lands. This was the beginning of fragmentation as we know it.

The establishment of major cities and roads throughout the state has further contributed to land fragmentation. Today, Texas is one of the few states that is primarily privately owned, and many of its private properties are small-acreage ranches or farms.

According to txlandtrends.org, a project of Texas A&M Natural Resources Institute, resident landowner numbers have been on the rise. This indicates that many new landowners are not purchasing rural land exclusively for working or recreational use, but also as their primary residence. High demand leads to high prices and an increase in small-acreage properties that contributes to fragmentation.

Ownership fragmentation involves breaking up open­space land into smaller tracts, but only on paper. Properly managed, small, contiguous properties can potentially mitigate the detrimental issues that are typically seen with habitat fragmentation. Landowners of small-acreage properties can combine resources and efforts to manage their collective acreage to benefit wildlife and minimize the fragmentation’s results.

Before you begin managing for wildlife on your small-acreage property, formulating and discussing short-and long-term goals with a biologist is ideal. Unnecessary or counterproductive activities can be avoided by simply discussing your vision for the property with a knowledgeable professional, asking questions and documenting your planned habitat-specific activities in writing.

For small-acreage properties, it is important to decide on a target species that fits the property. For example, a 20-acre property will have difficulty managing for Northern Bobwhites, which studies have shown need a minimum of 2,500-3,000 acres of contiguous habitat to maintain a stable population. Your efforts, however, can still do good things for quail on your property, as many of the activities that benefit one species directly or indirectly can benefit others.

The most commonly targeted species for management on small properties are songbirds and waterfowl, which are often migratory or require only small habitat-specific areas. Many species of small mammals, reptiles and amphibians can also be managed in small areas, depending on the specific habitat types your property may have.

Native pollinators, such as native bees, butterflies and other insects, also make ideal target species for small­acreage landowners. Landowners who manage and provide habitat for this special category of wildlife contribute to the improvement and success of ecosystems that have been declining in recent years. Just as humans have three basic needs for survival-water, food and shelter-so do wildlife. Promoting access to these three mainstays of life can be easy and important activities for effective wildlife management.

Lack of reliable water sources can be a major limiting factor for wildlife, depending on your location in the state. Placing small, wildlife-friendly water sources on your property is simple and beneficial. Creating an entry and escape systems, like a ramp or ladder, is important for keeping these water sources accessible and safe for small wildlife.
For properties with limited access to water sources, a rainwater collection system may be the answer. Systems like these can be built with a variety of materials and are usually self-sustaining, so they can be placed anywhere throughout a property to improve water distribution for wildlife.

Properties targeting songbirds may provide seeds and grains through common hanging feeders or high-capacity free-choice feeders. During the winter season, it is important to provide black­oil sunflower seed or other seeds with a high-fat content for migratory songbirds. Providing supplemental sources of food through feeders is fun and beneficial, but it is even more important to establish natural food sources throughout the property that can be utilized year-round by a variety of different species.

Activities such as discing, mowing, managed grazing and prescribed fire can create a more diverse plant community that provides wonderful sources of seeds, fruits, vegetation and insects for songbirds and other wildlife. Just as discing can be a reliable method for establishing supplemental food plots, it can also be used to set back plant succession, which will, in turn, allow other native plants to establish.

Adjusting the timing and frequency of mowing and discing can produce dramatically different results in plant communities. These activities particularly benefit properties that have an abundance of domesticated grasses like bermudagrass or old world bluestems. Areas that may be degraded or lack a sufficient seedbank may require extra time and effort; however, over time these areas will gradually return to their natural state, providing improved habitat and more reliable food resources for wildlife.

Food plots are often seen as areas in which to plant high-protein plants that can be utilized by white-tailed deer, but that is not their only use. Food plots may also consist of wildflowers or native fruit­or seed-bearing plants that are favored by native pollinators and songbirds.

Conducting a combination of these activities will help promote the availability of food supplies for a variety of target species throughout the year.

Providing supplemental shelter promotes sufficient availability of nesting and escape cover on small-acreage properties is another crucial activity that will benefit various wildlife species, particularly songbirds. Nesting boxes can be placed throughout a property to provide additional options for cavity­nesting songbirds, particularly when standing dead trees (snags) are lacking. The 2011 drought killed many large trees, which, if left standing, make ideal shelter for woodpeckers, owls, mammals and raptor species. Even on small areas, managing and manipulating brush can have dramatic effects on your property. Commonly, brush management is used to remove or control undesirable or invasive species that typically out-compete native plants or form monocultures (solid, single­species stands).

Mechanical techniques for removing undesirable brush are common. A chainsaw and hand loppers are great for maintenance and thinning, while heavy equipment like forestry mulchers or grubbers are more appropriate for larger projects. Creating brush piles from the cut material provides great escape cover for small mammals and nesting areas for native pollinators. These piles should be substantial enough to provide shelter for a variety of species (at least 6′ x 6′ x 6′ in size).

Some plants, such as prickly pear and mesquite, can be hard to control via mechanical methods and require herbicides for effective control. Chemical control of unwanted brush requires training or hiring a knowledgeable professional to make it safe, effective and efficient. Remember that timing matters when you are talking about plants, and an ill-timed herbicide application may be a complete waste.

Strip mowing dense grasses at the right time of year can also be beneficial for small wildlife by creating diversity in grass structure, promoting wildflowers and other broadleaf plants, and increasing usable space. Promoting diversity in both habitat structure and composition is important for supporting and sustaining different wildlife species.

Predator control is an often-overlooked activity on small­acreage properties but can be very important in the management of quality wildlife habitat. The Brown-headed Cowbird and Red Imported Fire Ant can cause serious damage to your wildlife populations.

Brown-headed Cowbirds are nest parasites that actively seek out nests of native songbirds in which to lay their eggs. Cowbird trapping can be very successful on small-acreage properties, especially if livestock are nearby, and reduce the number of nest parasites found in an area. Texas Parks and Wildlife says that the removal of just one female cowbird can result in the enhanced survival of 35 songbirds annually. Other activities such as shooting and scare tactics can be utilized but may be impractical on a small-acreage property.

Red Imported Fire Ants are an invasive species in the U.S. and in the past century have infested 15 states in the south. Spot-treating Red Imported Fire Ant mounds throughout your property is recommended when densities are low. When mound densities are higher, as they often are east of 1-35, broadcasting bait may be more effective, though impacts to native ants should be considered.

Finally, any good wildlife management plan should include at least one census activity as a way to monitor wildlife populations on your property and measure the success of your activities. There are a variety of census activities you can conduct. A simple seasonal log of wildlife observed throughout the property can be highly useful. Placing game cameras near water stations or feeders is also helpful for observing wildlife and measuring your success.

Whichever census activity you may choose, it is important to remember to be consistent and stick with it. Changing techniques each year can make it difficult to measure success. As Texas’ population grows at an astonishing rate, it is inevitable that many of the open spaces we see today will be eliminated or encroached upon by growth. There is an ever­growing list of wildlife threatened by habitat loss and changes in land use, including the rusty-patched bumblebee, which was added to the endangered species list in February 2019.
We landowners and conservationists are responsible for the management and protection of the habitats these species require to survive. As the 20th-century American conservationist and environmentalist Aldo Leopold once said, “We abuse land because we regard it as a commodity belonging to us. When we see land as a community to which we belong, we may begin to use it with love and respect.”

Small-acreage properties are becoming more common every day and the dangers of fragmentation are ever-present. Mitigating the issues of fragmentation by applying sound wildlife management principles and being good stewards of the land will safeguard the beauties of Texas and the wildlife we all admire for future generations to experience and appreciate.

Sorry, the comment form is closed at this time.